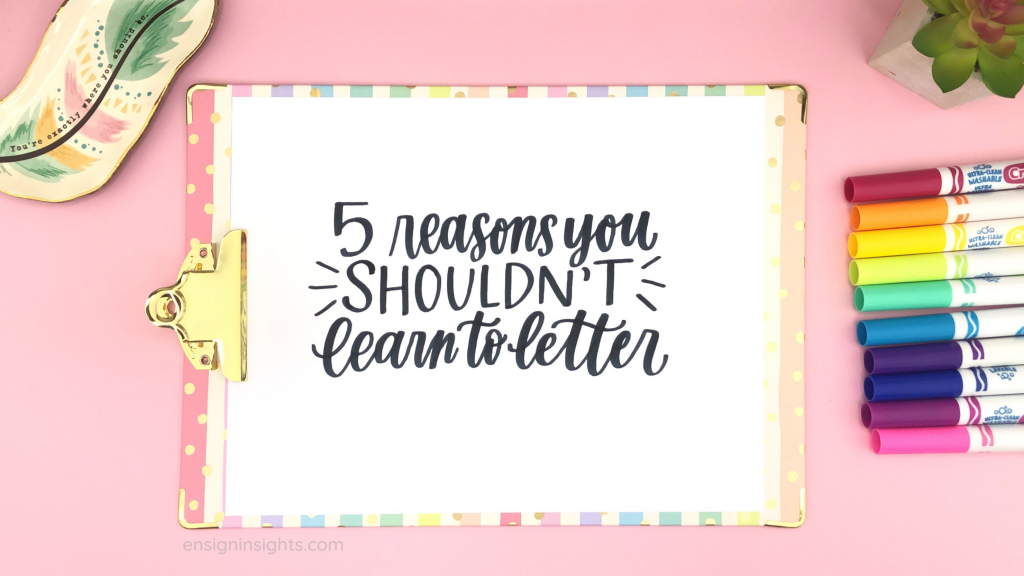 You’ll be addicted to pens, and you’ll always want to buy more supplies. Because you will start collecting more supplies, it will be a constant struggle to figure out how to organize everything. I started lettering on my kitchen table with my one jar of pens, and now it’s taken over everything! I’m always reorganizing, and you may think I’m crazy, but I have three desks. Who needs three desks? Apparently, I do, haha! I have a desk for my computer, a desk where I letter, and recently added a small desk where I film my YouTube videos. What is your lettering space like?

You won’t have enough wall space for all of your lettering designs. It sounds weird, but it’s a real problem. Every once in a while, people ask me what I do with all of my lettering pieces. When I started, I had a little section on my wall where I collaged all of my lettering pieces. I now have a little basket on my lettering desk and a whole filing box of lettering designs. These are all designs I’ve made in the past and some that lettering friends have sent me. It’s a lot! Definitely too many for the wall space I have. I also have a wire grid where I can hang pieces and switch them out easily, but even that got too full at one point. I’m so curious to hear what you do with yours!

You’ll start noticing lettering everywhere you go. Whether it’s an actual font or someone’s hand-lettered design, you’ll notice it. You’ll see fonts you love, and you may start seeing fonts that really bother you. When you see a hand-lettered design you love, you’ll want to know who the designer is. I always see lettered designs I love at places like at a boutique shop or sometimes even on a cereal box. The worst is when it doesn’t disclose who the designer is. I usually try to search for who they are to find them on the internet to see everything they do. It’s frustrating when I can’t find who they are! Does this ever happen to you too?

You’ll always have something to do and you for sure won’t have time to do dishes. Lettering is the best kind of hobby because you can do it anywhere as long as you have a pen and paper. But that can also be a problem because you won’t want to focus on anything else. When I first started lettering, I couldn’t even sit through a movie without lettering something. I always have brush pens in my purse for when I want to letter on the go. Sometimes my husband will ask me for a pen while we’re out, but all I have are brush pens, so he can’t use any of them. Do you do this too?

That’s it! Those are the five reasons you may not want to start lettering. Which one resonated with you the most? If you’ve read through all five and you’re crazy enough that you still want to learn, I have a book coming out in February, Hand Lettering for Beginners, that may help you. If you can’t wait until then, I also have an online course that will walk you through everything you need to know to start in less than two hours. Thank you so much for being here! I want to remind you that the way you create right now is exactly where you need to be. 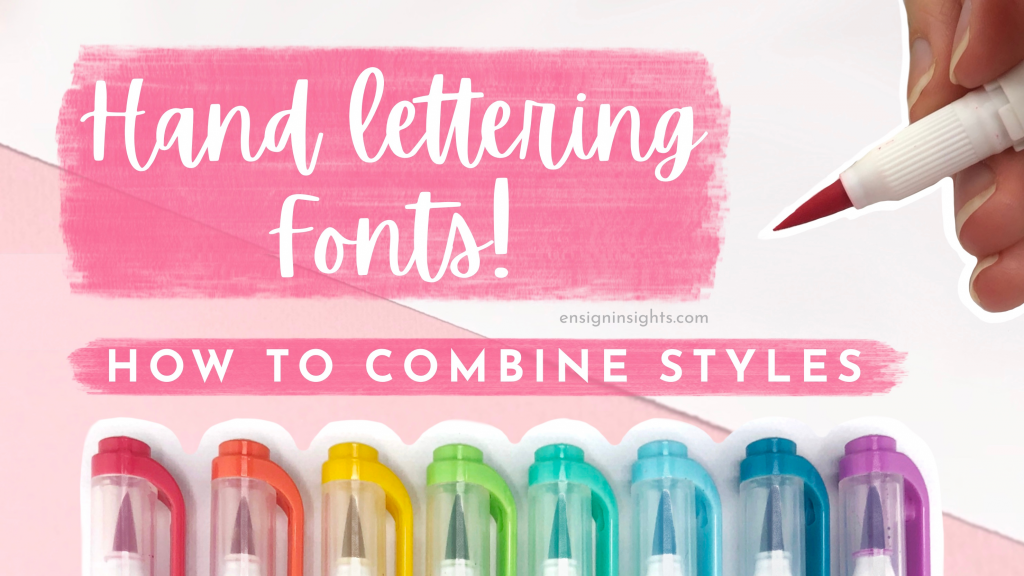 How do you know what hand lettering font styles to use together? This is a common…

When I learned this secret to fake calligraphy, it made all the difference. Fauxligraphy can help…